25. They are the ones who disbelieved (in the Oneness of Allah Islamic Monotheism), and hindered you from Al-Masjid-al-Haram (the sacred mosque of Makkah) and the sacrificial animals, detained from reaching their place of sacrifice. Had there not been believing men and believing women whom you did not know, that you may kill them, and on whose account a sin would have been committed by you without (your) knowledge, that Allah might bring into His Mercy whom He will, if they (the believers and the disbelievers) should have been apart, We verily had punished those of them who disbelieved, with painful torment. (Translation by Muhsin Khan / Hilali)

They are the ones who disbelieved and barred you from the Inviolable Mosque and prevented the animals you had designated for sacrifice from reaching the place of their offering. If it had not been for the believing men and believing women (who lived in Makkah and) whom you did not know, and had there not been the fear that you might trample on them and unwittingly incur blame on their account, (then fighting would not have been put to a stop. It was stopped so that) Allah may admit to His Mercy whomsoever He pleases. Had those believers been separated from the rest, We would certainly have inflicted a grievous chastise-ment on those of them [i.e. the Makkans) who disbelieved. (Translation by Abu Al-Alaa Maududi)

They are the ones who denied Revelation and hindered you from the Sacred Mosque and the sacrificial animals, detained from reaching their place of sacrifice. Had there not been believing men and believing women whom ye did not know that ye were trampling down and on whose account a crime would have accrued to you without (your) knowledge, (Allah would have allowed you to force your way, but He held back your hands) that He may admit to His Mercy whom He will. If they had been apart, We should certainly have punished the Unbelievers among them with a grievous Punishment. (Translation by Yusuf Ali) 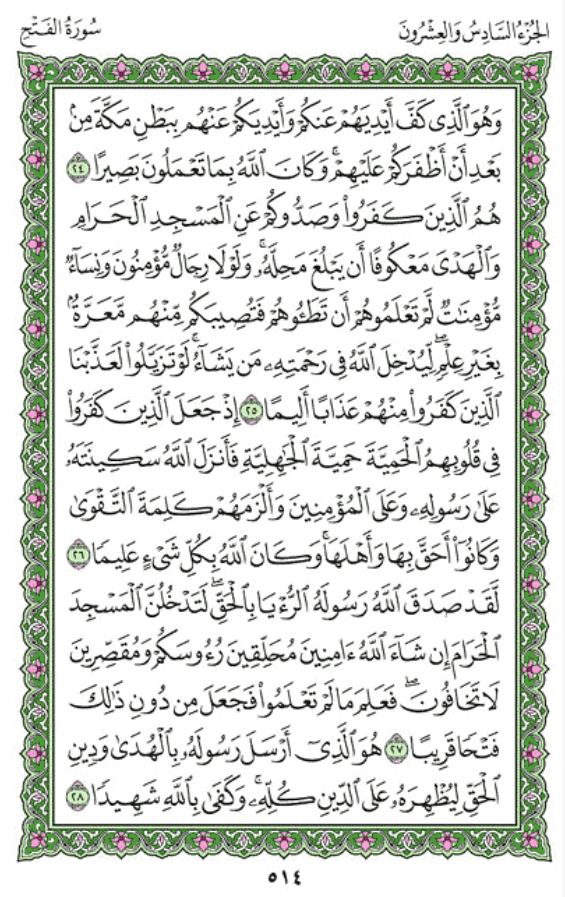