The Story of the building of Kaabah in Makkah Al-Mukarramah | IqraSense.com 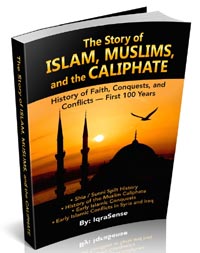