Ask Forgiveness from Your Lord for Your Sins Before the Time is Up | IqraSense.com

Prophet Adam disregarded one of Allah’s commands and as a punishment, he was expelled from Jannah (Paradise). Later, he asked for Allah’s forgiveness and was forgiven.

How many sins do we commit day and night violating all types of Allah’s commands?

Do we repent for all those violations and sins?

Why do we then get surprised of the plight that we are in?

Just because Allah doesn’t punish those of us who commit sins, doesn’t mean that we won’t be called to account for them. Allah says in the Quran in Surah An-Nahl, verse 61:

“And if Allah were to impose blame on the people for their wrongdoing, He would not have left upon the earth any creature, but He defers them for a specified term. And when their term has come, they will not remain behind an hour, nor will they precede [it].”

Let’s ensure that we ask Allah for forgiveness before we are called to account.

Asking for forgiveness will also ease our current burdens. It’s Allah’s promise. Just get in the habit of asking Allah for repeated Istighfar. There are numerous Du’as available. Let’s start with the one that’s attached here. 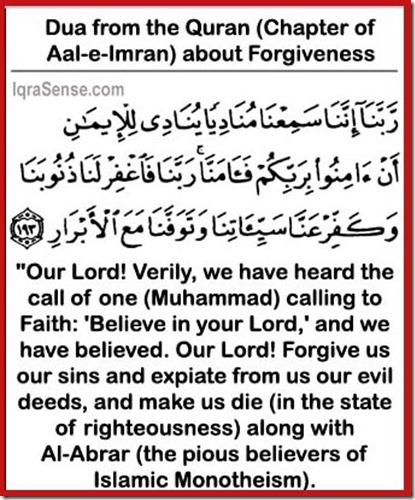 0 comments… add one
Dua for Grief and to Let Go of the Past!
Importance given to Ramadan due to Quran